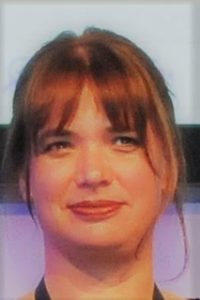 A formidable tourism professional, Hanneli is a high-energy, results-driven leader with over 20-years’ experience in the tourism industry and specialized knowledge in the niche area of travel marketing.

Armed with an academic qualification that includes an Honours in Anthropology from the University of Pretoria, Hanneli’s diverse career began in 1992 at Protea Hotels, where she worked as a Specialist Sales representative before moving to Stockes Hotels & Resorts (now Legacy) in 1994, taking a position in its Pilansberg Resort as a Sales Manager and PR until 1996.

Hanneli has also worked at JRH Management for five years – between 1996 to 2001, as Managing Director/Operations Manager for Southern Africa, focusing strongly on marketing.

Between 2001 and 2004, Hanneli was the national Marketing Manager at STA Travel. Formed in 1979, STA Travel grew to become the world’s largest travel company for students and young people with a global distribution network of over 400 wholly owned offices in 18 countries. Among her responsibilities there were developing and implementing marketing strategy, event management and media relations.

From STA Travel, Hanneli’s journey continued to Contiki Holidays, the worldwide leader in vacations for 18 to 35-year-olds until the end of 2006.

In 2007, Hanneli joined South African Tourism, starting out in the role of Global Manager: Product.  Her main role was to develop and implement strategies together with the trade to promote travel to South Africa.

Four years later, she moved onto a new role of Country Manager: India where she led a team marketing South Africa’s tourism offering to the India and the surrounding region’s market.

A seasoned, solid professional and a resilient character, Hanneli recently assumed a new role as South African Tourism’s Regional General Manager: Asia / Australasia / Middle East. Her new role includes managing the operational performance of the region through providing input into the formulation of the global brand and trade strategies; localisation of such strategy into regional implementation and delivery, whilst ensuring good financial discipline, people and stakeholder management. This is aimed at increasing South Africa’s brand appeal and therefore attracting more tourists from the region to come to visit South Africa.

Afforded the opportunity to share my passion of South Africa through my job. Showcasing my country to visitors is both an honour and one of my greatest joys. South Africa is a beautiful country blessed with natural scenic “I carry my country in my heart everywhere I go and I am fortunate to be beauty, amazing wildlife, diverse cultures, friendly, warm and welcoming people,” says Hanneli.