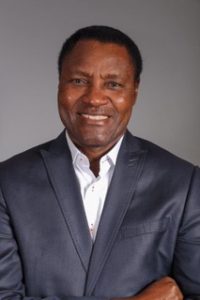 After graduating with a B. Com Degree at the University of South Africa (UNISA), Mr Thulani Nzima started his career in the banking industry with Perm Building Society in 1984, gaining experience in marketing and business development. He subsequently managed the Wynberg branch for four years, as one of the pioneering Black Executives at the time.
In 1991, he joined South African Airways (SAA) for a 14-year period which would nurture and hone his skills in all aspects of the local and international travel and tourism sector. Joining SAA as an Overseas Cadet Manager, Nzima gained experience and an understanding of particularly the Africa and Middle East markets. In 1993 Thulani was appointed Market Development Manager for SAA’s Asia and Australia markets before taking on a similar role for North and South America.
In 1997 Nzima was appointed SAA Regional Manager for Benelux countries and was based in Holland, with another office in Brussels. Here, he worked on SAA’s overall business strategy for the Benelux region, including sales plans, revenue targets, operating budgets, cargo and passenger operations. Thulani also managed SAA’s stakeholder relations with key airport authorities, government partners and foreign embassies. While based in Holland, Nzima sat on the Board of the Netherlands Foreign Airlines Association and Schiphol Operators Association, while also serving as a Member of the Netherlands and Belgian Chambers of Commerce.
At the end of 2000, Nzima returned to South Africa to take up the position of SAA’s General Manager for Kwazulu-Natal and Border, tasked to resuscitate the sales operations with responsibility for generating sales revenue, managing budgets, recruiting the sales team and for the airline’s corporate and government deals. In 2001, Nzima was appointed as Senior Executive Manager, with his tasks including the strategic realignment of SAA’s Voyager programme, driving SAA’s national and corporate retail sales strategy, its revenue and sales targets, as well as managing SAA’s key government account teams. He subsequently became SAA’s Senior Executive for Market South Africa, responsible for the rest of SAA’s revenue and sales teams in the country.
After a stellar career at SAA spanning nearly one and a half decades, Nzima joined South African Travel Centre (SATC) as its Chief Executive Officer in 2005. His tasks included overall business development strategy, assisting the Board with strategic business direction, as well as growing SATC’s business and franchise base while improving profitability. In addition to managing its operating budgets, Nzima helped SATC create new revenue streams, established international networks and alliances and a new strategic government plan and sales team. He held the position of Director and Board Member at the SA Travel Centre Group, was a Director and Chairman of Travel Experience (Pty) (a joint venture business with the Automobile Association – AA) Ltd. Nzima also served on the board of GlobalStar TMC International.
Nzima joined Avis Rent-A-Car South Africa in 2007 as Director of Sales and Marketing. In this role, he was in charge of all Avis’s sales and marketing strategy and all revenue-generating business streams, its international sales strategy and revenue generation, strategic partners and supplier strategy development, as well as the company’s call centre, internet and website development strategy. He was also responsible for the company’s communications and public relations strategy, its brand and corporate identity strategy and for its relationship with government and state-owned enterprises. While at Avis, he served as Divisional Board Director for Avis Rent-A-Car Southern Africa.
In January 2012, Nzima took the helm as Chief Executive Officer of South African Tourism, responsible for all operations of the national destination marketing organisation’s Head Office and its international country offices. His role included looking after the Grading Council of South Africa, the Leisure Tourism Business and the establishment of the Business Events under its National Convention Bureau. Thulani served as an ex officio board member at SA Tourism. His role included managing and optimising all market access platforms like Indaba, Meetings Africa (owned by SA Tourism) and other international trade shows where South Africa participated. Stakeholder management combining key tourism and hospitality players and government was a critical function for a successful CEO at this level.
After leaving the employ of SA Tourism in February 2016, Thulani currently chairs the Mpumalanga Tourism and Parks Agency Board. He is now a businessman with focus in fleet solutions & procurement, consulting in tourism, aviation, marketing, strategy and logistics.