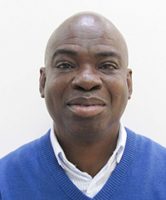 Kwakye Donkor is an astute international marketing and tourism expert with a wealth of international experience and solid global network. He is the CEO of African Tourism Partners. Prior to joining ATP, Kwakye was the Marketing and Communications Director of the Regional Tourism Organization of Southern Africa (RETOSA). He also worked, among others, as the Marketing Director at Fancourt, National Marketing and Communications Manager at Provident Financial – UK / South Africa and Senior Corporate Marketing Officer at Africa Bank Investment Limited and is a guest lecturer at TUT Business School. He is an award winning Chartered Marketer and has undertaken projects with international organisations and spoken at numerous International fora including UNWTO, SADC, EU, GIZ, JICA, ECOWAS, World Tourism Safety and SAT Tourism Conferences, Events and Workshops. He is also a guest lecturer at the TUT Business School in South Africa. He was then awarded a scholarship by the United States Agency, for International Development, to travel to the US amongst others as part of the USAID South Africa – Namibia Institute. Upon his return to South Africa in 1996, Miller was appointed to design a tourism course, which fuelled his interest in the tourism sector. Since then he has worked with various organizations in executive positions in the tourism and hospitality industries, including working with the Department of Tourism, Tourism KwaZulu-Natal, Wildlife KZN, Tourism Grading Council of SA, Durban Chamber of Commerce and the International Convention Center Durban, amongst others. Events Co-ordinator and Director at ATLF

Abrafi Luntu is currently a 2nd year LLB undergrad at the University of Cape Town and works for Africa Tourism Partners as an event co-ordinator responsible for supporting all ATP’s leadership as well as the annual planning and co-ordination of Masterclasses, Coaching, The Beijing International Travel Mart, The Africa Tourism Leadership Forum & Awards to name but a few. Abrafi was a Representative on the Council of Leaders for 2 years (2012 -2013) and was voted in the position of Head RCL for a further 2 years (2014-2015). She was voted the Head Girl of Sutherland High School which gave her the opportunity to plan further events such as the Matric Tea, Veld Fliek and The Lip Sync Battle. She enjoys cultural activities and has participated in numerous public speaking and cheerleading competitions for which she received colours and honours. She also received honours in leadership.