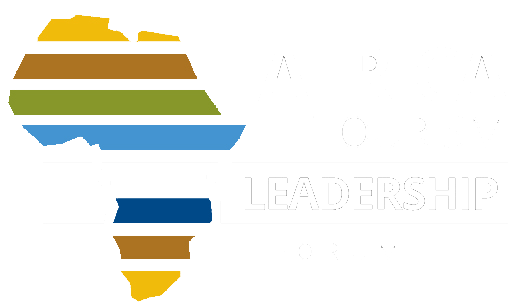 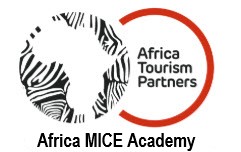 The event will host over thirty (30) world-renowned global industry experts, speakers, business leaders, ministers, policy makers, and over three hundred (300) delegates from over thirty (30) countries. These will include:

Mr. Zurab Pololikashvili is Secretary-General of the World Tourism Organization (UNWTO) since 1 January 2018 after being elected by the 22nd Session of UNWTO General Assembly. He was Ambassador Extraordinary and Plenipotentiary of Georgia to the Kingdom of Spain, the Principality of Andorra, the People’s Democratic Republic of Algeria and the Kingdom of Morocco and Permanent Representative of Georgia to the World Tourism Organization (UNWTO) up to December 2017.

Between 2009 and 2010, he was Minister of Economic Development of Georgia.As a Minister of Economic Development of Georgia, Mr Pololikashvili was responsible for overseeing the country’s long-term fiscal growth strategies, advancing foreign trade and investment policy initiatives as well as for promoting the development of the tourism, infrastructure and transportation sectors. He was instrumental in launching an innovative policy for the development of tourism in Georgia, prioritizing the sphere on both the government and private sector agendas. During Mr Pololikashvili’s tenure as Minister of Economic Development, through key policy reforms, marketing activities, improvement of infrastructure and visa liberalization initiatives, Georgia nearly doubled the number of international tourist arrivals, from 1.5 million (2009) to exceeding the 2.8 million mark by 2011. Those reforms paved the way for sustainable tourism practices in Georgia and poverty alleviation initiatives, placing Georgia among the top tourism destinations in the region. Minister Pololikashvili successfully led the economic liberalization processes, introducing supportive policies for SMEs, and incentive programmes to attract foreign investment for the development of hard and soft infrastructure.

2006 – 2009 Ambassador Extraordinary and Plenipotentiary of Georgia to the Kingdom of Spain.

2005 – 2006 Deputy Minister of Foreign Affairs of Georgia. In this capacity as Deputy Minister of Foreign Affairs of Georgia, he supervised the departments for administrative, budgetary, financial and consular affairs, as well as the Department for Human Resources Management. Mr. Pololikashvili was responsible for ushering in a new phase of more liberal and secure visa regimes, facilitation of processes to ease border crossing procedures, and deepening relations with various international organizations, including UNWTO.

Originally from the Seychelles, Elcia Grandcourt joined the World Tourism Organisation, a United Nations specialised Agency for Tourism in 2013 as Director, of the Regional Department for Africa. Elcia began her tourism career studying Hotel Management in Singapore at the Singapore Hotel Association and Education Centre (SHATEC). Thereafter, she occupied various positions in operations, reservations and sales mainly in hotels, including leading international brands such as Le Meridien and Hilton Worldwide Resorts. She was part of the rebranding team when Hilton Worldwide Resorts took over the management of the then Northolme hotel in Seychelles. She worked with the Seychelles national airline and destination management companies before joining the public sector to Seychelles Tourism Board as deputy CEO before being promoted to Chief Executive Officer, a position she occupied prior to joining UNWTO. Passionate about tourism, Elcia is honoured to be able to contribute towards sustainable tourism development in Africa.

Elcia also holds a Master in Dynamics of Cooperation, Conflicts and Negotiation in International Relations and Diplomacy.

Ms TSHOGANETSO CARL-PONOESELE is the Executive Manager – Quality Services in Botswana Tourism Organisation. Responsible for monitoring tourism industry’s compliance to the Botswana Bureau of Standards –Hotels & Related establishments grading standards; and the development of sustainable environmental standards for Botswana’s Tourism Industry; Ms Carl-Ponoesele has grown through the BTO ranks over the past 10 years.

Senior International Trade Expert, with high specialised knowledge of the multilateral trading system and particularly Trade in Services, Intellectual Property and Environment Law. He cumulates an extensive experience in trade negotiations and policies developed in various capacities with international organisations, regional economic communities, national governments and with the private sector. Lawyer and Patent and Trademark Attorney, he is currently Senior Trade Advisor on Trade in Services at the AfCFTA Secretariat in Accra, Ghana. He is a key member of the Team developing, not only, the Trade in Services continental single market, but also the continental intellectual property area under the AfCFTA.

Dr Geoffrey Manyara is currently an Economic Affairs Officer in charge of tourism for United Nations Economic Commission for Africa, having previously worked as a Senior Regional Tourism Advisor for the organisation. Dr Manyara has also worked for a number of years as a tourism researcher at the University of Wales, Cardiff in the United Kingdom (UK), as a senior tourism lecturer and head of the tourism departments at both Kenyatta University and the Technical University in Kenya. Dr Manyara holds a PhD from the University of Wales in Cardiff and has been a research fellow at National Economic and Social Council in Kenya and a visiting research fellow at the Centre for International Tourism Research at the Sheffield Hallam University in the UK. Dr Manyara’s main professional interests are on tourism planning, policy formulation, management and sustainable development with special emphasis on Africa. Dr Manyara is currently working closely with a number of Member States in Africa, the African Union, Regional Economic Communities including the East African Community and Inter-Governmental Authority on Development.

Christelle has also facilitated numerous workshops and large meetings and is proficient in using a range of facilitation approaches and tools.

Lee-Anne is regularly quoted in the printed press about issues relating to the tourism, hospitality and property industries and with regard to women in business and she regularly presents at industry functions, workshops and conferences.

Lee-Anne is passionate about the transformative role of tourism in economies and societies.  As her commitment to enhancing sustainable tourism, Lee-Anne is a Director of Fair Trade Tourism (FTT).

Rob Davidson is the Managing Director of MICE Knowledge, a consultancy specialising in research, education and training services for the meetings and events industry.

His main areas of expertise are conferences and incentive travel, and he has written seven books on these themes, including his latest publication, Business Events (https://www.routledge.com/Business-Events/Davidson/p/book/9781138735767).

He has carried out research projects for a number of major organisations including the Poland Convention Bureau, the Ireland National Tourism Development Authority, and the Society for Incentive Travel Excellence.

He is regularly invited to speak at international conferences on themes linked to business events, in particular to present the results of his ongoing research into conference industry trends. Rob also teaches as a Visiting Professor in four European universities, where he educates and inspires Events Management and Tourism Management students every year.

In 2015, he was awarded a Doctorate from the University of Greenwich for his thesis, entitled ‘Technological and Demographic Factors as Agents of Change in the Development of Business Events’.

In 2016, he won the Best Conference Speaker award at the Global Event Awards.In 2017, he was awarded the Lifetime Achievement Award at the IBTM WORLD exhibition in Barcelona.

A MICE industry veteran, Didier Scaillet recently assumed the role of CEO for SITE and the SITE Foundation for the last three years. During his tenure, the Society adopted a new Vision/Mission and Strategic Architecture, experienced record revenue, membership and retention, sealed new industry partnerships and developed new progams globally. For 18 years he held various roles with Meeting Professionals International (MPI) and was vice-president business development for Cruise Lines International Association (CLIA). He has engaged and served on various industry forums and organisations: Joint Meetings Industry Council, Events Industry Council, Canadian Tourism Commission and United Nations World Tourism Organisation. He was also instrumental in the development of the Meetings & Business Events Competency Standards, which was the backbone for the development of SITE’s competency-based education model for incentive professionals. Scaillet was named one of the most influential people in Incentive Travel in 2018.